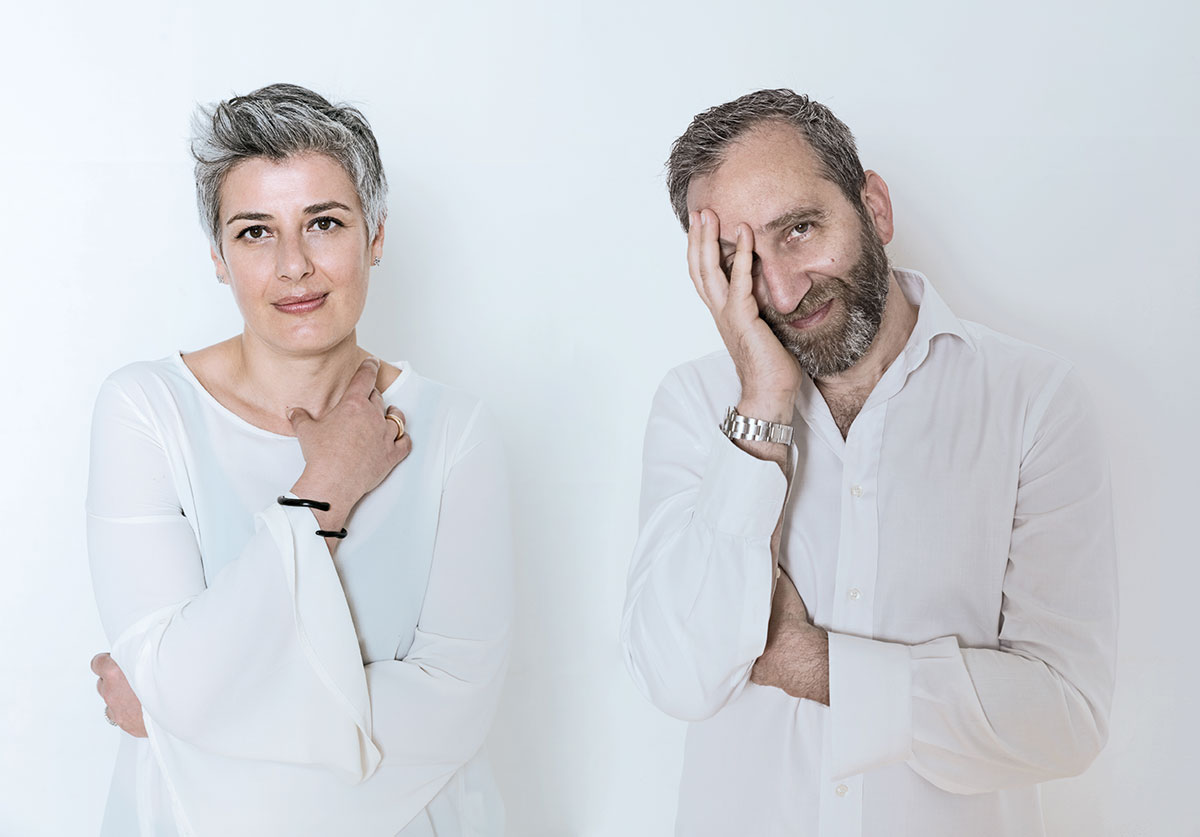 Silvana Angeletti and Daniele Ruzza are both architects and Industrial design graduates from I.S.I.A. in Rome. They are partners In life and in work and their design studio was launched in Rieti in 1994.
They have been teaching at the IED in Rome since 2010.
The studio Angeletti Ruzza Design participated in several international competitions, where Silvana and Daniele distinguished themselves and were awarded. They took an interest in many research fields and collaborated with some of the most important Italian industries for bath furnishings, lighting systems, interior design, complement furniture and table novelties. They also implemented interior design projects for hotels and tourist accommodations; some of their products are part of the Chicago Athenaeum Museum permanent collection.
In 2016 they were appointed as art directors of MY HOME COLLECTION.
They were art directors for Azzurra from 2007 to 2014 and they played the same role for GSI from 2002 to 2006.